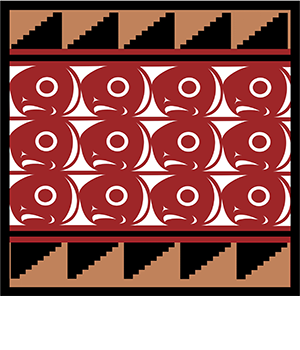 The Tulalip Foundation is dedicated to empowering the wellbeing of the Tulalip Reservation and surrounding community.

The Tulalip Foundation was created in 2007 for charitable, cultural, scientific, religious, and educational purposes. The Foundation will solicit, accept, and disperse charitable gifts, donations, and grants for the public benefit of the Tulalip Tribes and the surrounding community.

The first major undertaking of the Tulalip Foundation was a capital campaign to build the Hibulb Cultural Center. In recent years, the Foundation has expanded its fundraising efforts to include projects that address the educational and legal needs of the Tulalip Tribes and the surrounding community. In the future, the Foundation hopes to continue to expand the scope of projects it supports.

When the Tulalip Tribes Board of Directors began the journey to create a non-profit 501(c)(3), they made a bold decision that every public donation would go directly to the project that the donor intended to support. With this decision, the Tulalip Tribes stepped up to the plate and promised to support 100% of the Foundation’s operation costs as long as the Tulalip Foundation was providing services and resources to help the Tulalip Reservation and our neighbors build a healthy and culturally vibrant community. 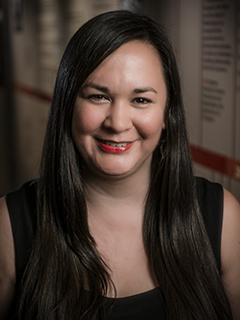 Nicole Sieminski is a member of the Tulalip Tribes. Nicole graduated from Stanford University in 2003 with a Bachelor of Arts degree in History and Native American Studies and a minor in Art History. In 2009, she completed her Juris Doctorate at the University of California Los Angeles School of Law. She has worked for the Tulalip Tribes since moving back to Washington in 2011.

Nicole took over as the Foundation’s full-time Executive Director in the summer of 2015. Prior to becoming the Executive Director, Nicole worked for the Tulalip Tribal Court, where her duties included the management of the Tulalip Office of Civil Legal Aid and the Criminal Conflict Counsel Program. Nicole has also served as a Research Specialist at the UCLA American Indian Studies Center and as a Project Manager for the federally funded Study of the Administration of Justice in Indian Country conducted at the UCLA School of Law.

meet the board of trustees 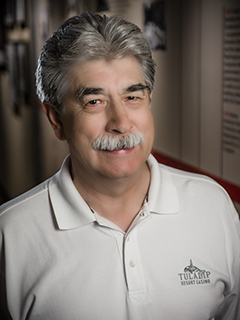 Along with his fellow members of the Board of Directors, Mel has helped to lead economic development efforts at Tulalip, including the construction of the Tulalip Resort Casino, one of the largest employers in Snohomish County, and the first ever federally chartered tribal city in the United States, Quil Ceda Village.

Under his and the Board’s leadership, the Tulalip Tribes have initiated major transportation and infrastructure projects, built a strong police department and tribal court, completed important environmental restoration projects, and created strong partnerships with other community leaders and organizations.

An active and engaged leader in Snohomish County, Mel has served in many capacities, including on the boards of Providence Hospital Foundation, Economic Alliance of Snohomish County, Citizens Committee for Marysville Schools, and Boy and Girls Club of Snohomish County. He has also served as a vice president in the Affiliated Tribes of Northwest Indians, an association representing nearly 50 tribes.

Previously, Mel worked as a commercial fisherman in Puget Sound and Bristol Bay, Alaska. Mel immediately enlisted in the U.S Army immediately following his high school graduation, serving a tour of duty in Vietnam as a helicopter pilot. He graduated from the University of Washington with a bachelor’s degree in political science. 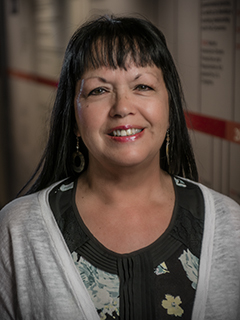 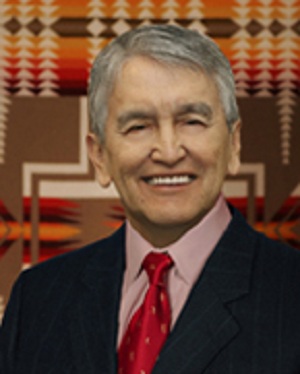 Chuck James is a former Treasurer and member of the Tulalip Tribes Board of Directors. He has always been concerned with the cash flow, business sense and safeguarding of the finances for the Tulalip Tribes. Chuck was previously Chief Operations Officer for the Tulalip Casino and Bingo operations for two and a half years. Chuck also has 35 years of experience in the steel industry including senior leadership. Chuck previously served as a member of Marysville Tulalip Chamber of Commerce. Chuck’s long term goal is to help support the Tulalip Hibulb Cultural Center and other tribally supported programs in order to share the Tulalip identity and culture with the community. 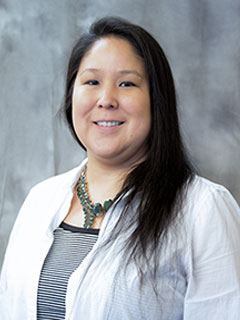 Marjorie James is a Tulalip Tribes citizen raised in her tribal community by parents Mark and Jeanne. She lives to honor the legacies her grandmothers Geraldine Williams (Swinomish) and Marjorie James (Tulalip) carried and passed on. This includes bringing passion and humility to the work of serving community while forwarding tribal sovereignty and social justice.

After graduating from Marysville-Pilchuck High School and earning a B.A. in American Indian Studies at the University of Washington, she moved on to attend Harvard Law School. She has since redirected her efforts from law towards K-20 education. As the Curriculum and Engagement Manager at Tulalip Tribes, her most notable initiatives are in K-12 curriculum development and strengthening Tulalip’s partnerships with school districts, OSPI, community/tribal education organizations, and colleges/universities.

Marjorie finds balance in her life by spending time with family and friends, expanding her cooking skills, traveling, and attending a number of UW sporting events. 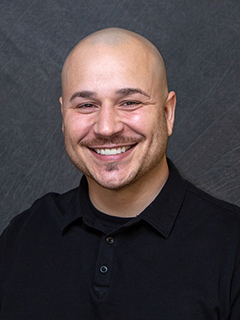 Luis Hernandez has worked for the Tulalip Tribes for the last 13 years and is currently working for the Tulalip Health System as the Clinical Billing Manager. Luis is originally from the state of Florida and came to Washington after being stationed at Naval Station Everett onboard the USS Abraham Lincoln (CVN-72) in 2001. Luis has a Bachelor of Science degree in Business Administration with a major in management from Columbia College. In 2017, Luis completed his Master of Science in Education with a focus in Sport Administration through the University of Miami. Luis is married to his wife of 15 years, Mytyl, and they have three children, Malaki, Amaya, and Allyea. 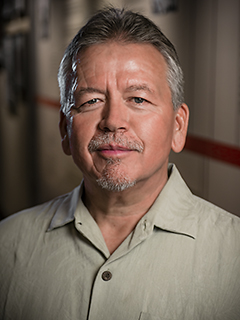 Glen Gobin is a member of the Tulalip Tribes and a member of the Tulalip Tribes Board of Directors. He was elected to the tribal council 16 years ago and has served on the Business Committee for 13 years, 12 of those as the Chairman. Glen serves on the Quil Ceda Village Council that oversees all business and development activities within the Village. He has also served on the Planning, Gaming, and Fish commissions. Glen has owned and operated a successful construction company for many years, and also continues a lifelong tradition of commercial fishing and staying active in many cultural and community activities. He is married with four children and two grandchildren and resides in Tulalip. 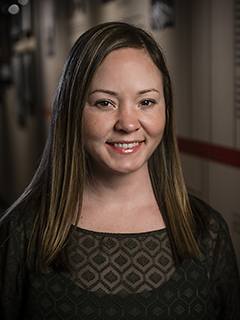 Rochelle Lubbers is a member of the Tulalip Tribes and a proud and connected member of the Tulalip community since birth. Rochelle has a Bachelor of Arts degree from the University of Washington, where she majored in Political Science and minored in Comparative History. In 2008, she completed her Master’s degree in Public Administration as well as a certificate in nonprofit management from the University of Oregon.

Rochelle is the Executive Director of Education at the Tulalip Tribes and has a passion for volunteering and helping her community become healthy and empowered. Rochelle has been a member of the Board of Trustees for the Tulalip Foundation since 2012. In addition, she has chaired the Tulalip Boys and Girls Club Auction and is on the board of Leadership Snohomish County.

Rochelle loves live music, sporting events and being near the water. Without the love and support of her husband Ben, two children Austen and Emma, and the strength of her ancestors, none of this would be possible.